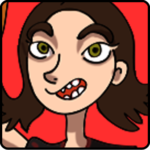 Hey, I’m Sophie. I like making games! I’ve got a habit of showing up for any online game jam, and I’ve made loads of games doing that. Most of my games are available free on my website, check them out! my tools of choice are Unity3D, Blender, Pixexix and SAI. 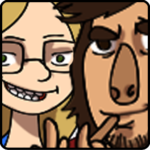 Night after night, Jana and Friedrich forge indie games at the behest of The Rat King. Miles beneath the Mountains of Ratking.de they remain, and if you listen carefully, you can hear the rattle of their chains made with Flash and Photoshop or the crashes of Unity3D and 3dsmax between their tortured screams. 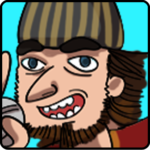 The most insane indie developer out there. Maker of some of the weirdest games I ever made. Commodore 64 freak who tries to resurrect the ‘old way of games’, meaning brutally hard and brutally brutal! Addicted to making games, game jams and competitions! 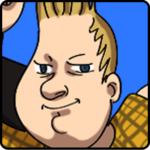 I’m Pekka, or Pekuja as I’m known on the internet. I’m probably best known for making Tiny Hawk and for starting Screenshot Saturday. I like making and playing games, and I try to join all game jams I can. I tend to be trying different tools all the time, but Unity is probably my favorite. 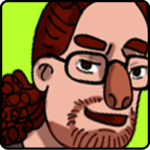 Tametick. A son, a brother, a maker of games, a man who could only be sufficiently described by a URL. Creator of Cardinal Quest, lover of roguelikes. I like my nose* pale.

* on some monitors his nose may appear brown. This is a defect on your monitor, not his nose.